Imagine not being able to check your emails or check the weather report online.

These days our expectations of being able to connect to the internet have increased.

But, believe it or not – black spots still exist, particularly across the rural sector where some farmers cannot get the optimum benefit from their technology-based farming equipment.

Reporter Alexia Johnston finds out what the Government is doing to rectify the situation in Central Otago and Wanaka.

Work is finally under way to bring rural Central Otago and Wanaka up to speed across various digital platforms. 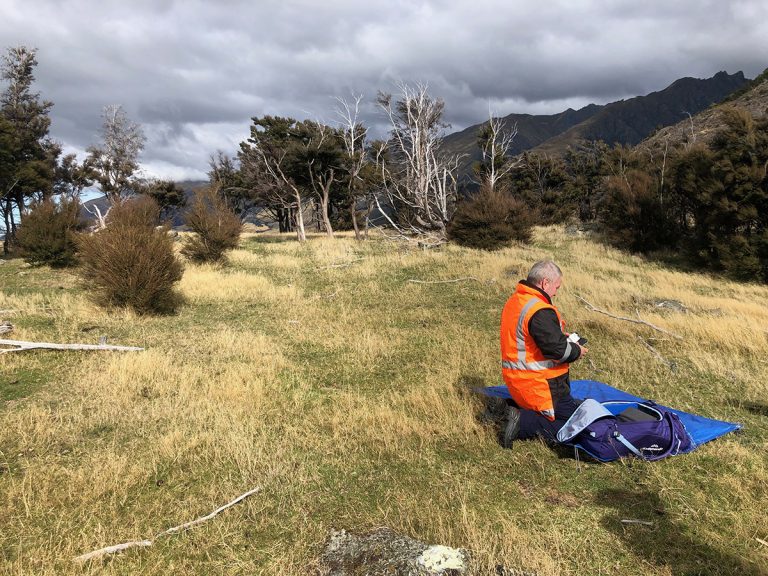 Rural Connectivity Group (RCG) staff were in the wider district last week, to determine where potential sites could be rolled out under the Government’s Rural Broadband Initiative Phase 2 and Mobile Black Spot Fund.

It is a work in progress, but those initiatives will ensure a growing number of people throughout the district can tap into those services over the coming years.

Central Otago and Wanaka will feature among 400 new sites capable of delivering 4G broadband by December 2022.

Among those sites are Moa Creek, Lowburn, Lindis Valley, and Patearoa in Central Otago, and Blue Pool, Makarora and The Neck, near Wanaka.

sites in Central Otago and Wanaka will be capable of delivering 4G broadband over a shared mobile network by December 2022.

Ms Metz said work on the extra 54 towns would not start until the initial 400 were completed. 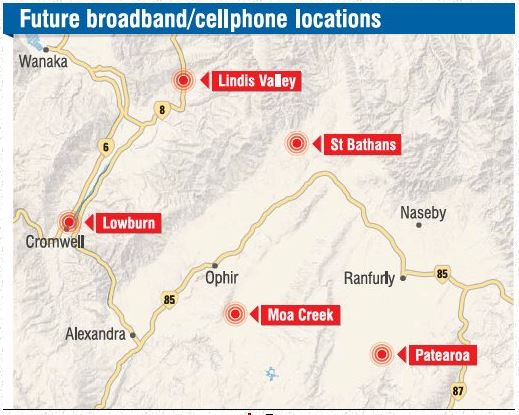 “The area needs to be investigated for a suitable site location that can provide the required coverage to the identified residents, and for the facility to be connected to mains power, connected to a fibre network, or connected via digital microwave radio to provide backhaul into the national telecommunications network. Negotiations with the identified landowner need to take place, a lease agreed and resource consent applied for,” she said, of the overall process.

Each site also needs to be designed, equipment ordered, the site built and then connected to the RCG network.

Ms Metz said that process alone could take up to 12 months.

Once it was up and running people on Spark, Vodafone and 2degrees would benefit.

Among those keen to see more services put into remote areas, particularly cellphone coverage, is Alison Fitzgerald, of St Bathans.

Ms Fitzgerald said lack of cellphone coverage in the township was a concern, particularly if someone needed urgent medical help while out walking and could not get to a landline.

“Having cellphone coverage in St Bathans will just establish security for those who have only got cellphones as a means of communication and visitors to the valley,” she said.

“People, like myself, don’t have a landline in their house. That’s what it will do – it will just make the place a bit more safer. My main concern is having that ability to call if you need help.”

She said for example, some farmers were still unable to use their pivots to full potential due to a lack of connectivity.

“Rural residents will feel safer with better mobile coverage, first response teams will have quicker response times in emergencies and connectivity will also reduce the feeling of isolation for those living in remote areas.”

She believed it was not impossible to eventually have everyone connected.

“At this stage I would say that it’s not impossible – just a big task that relies on many factors coming together, including provision of funding, time, providers and collaboration between local and central Government agencies.”

The Rural Connectivity Group meets the milestone of 100 sites signed